Derek Prince was born into a British military family in Bangalore, India in 1915. At the age of 14 he won a scholarship to Eton College where he studied Greek and Latin. He continued his education at Cambridge University, England, where he received a Fellowship in Ancient and Modern Philosophy at King's College. Derek additionally studied several modern languages while attending Cambridge University, including Hebrew and Aramaic, which he later refined at the Hebrew University in Jerusalem.

Although Derek was raised in the Anglican Church, he abandoned his Christian roots at Cambridge University and adopted an atheistic worldview. Reflecting on those years of tertiary study, he later said:

“I knew a lot of long words and phrases, and had tried a lot of different things. But, looking back, I would have to admit I was confused and frustrated, disappointed and disillusioned, and did not know where to find the answer.”

Derek's academic career was interrupted with the onset of World War II. In 1940 he enlisted in the Royal Army Medical Corps as a non-combatant soldier on the basis of his personal convictions. To further his studies during active military service, Derek took a Bible with him which he considered at the time to be a philosophical work rather than the inspired Word of God.

On the 31 July 1941, while stationed at a training barracks in Scarborough, Yorkshire, he experienced a powerful encounter with Jesus which would change the course of his life. Recalling the experience he said:

So began the spiritual journey of one of the 20th century's most prominent Bible teachers.
‍
Almost immediately after his Christian conversion, Derek was transferred to active duties in the deserts of North Africa where he spent three years serving as an army medic. He dedicated his spare time to studying the Bible and developing a personal relationship with God.
‍
At the conclusion of the war, Derek was discharged from the army while stationed in Jerusalem, witnessing the fulfillment of biblical prophecy with the return of the Jewish people to Israel.

In 1946, Derek married his first wife, Lydia Christensen, a Danish missionary who ran a children's home near Jerusalem. In doing so, he became the father of eight adopted girls.
‍
Derek and Lydia lived in Jerusalem until after the founding of the Jewish state of Israel in 1948. Caught between Arab and Israeli forces during the War of Independence, they were evacuated from their home and reluctantly migrated to England. Once settled in central London, Derek began preaching at Speaker's Corner in Hyde Park, often accompanied by Lydia and some of the girls. In time, attendees were invited to the family home for further ministry, and a new church was born. This continued until 1956 when the Prince's responded to the call of God and moved to Kenya as missionaries in January 1957.
‍
In the ensuing years, Derek and Lydia saw much fruit as they ministered to the local people, including one girl who was raised from the dead through prayer.
‍
By 1962, the couple had adopted an orphaned Kenyan infant and were on furlough in Canada. Lydia, 25 years Derek's senior, was in her early seventies and longed to settle close to friends and other believers. Spurred by this need, Derek accepted an invitation to become a Bible teacher at a Pentecostal church in Minneapolis.
‍
Before the end of the decade, however, the Prince's would move a further three times; Seattle, Chicago and Fort Lauderdale, respectively. Developments in the ministry opened new and unexpected doors, but the couple remained faithful to the ever-present call of God.
‍
By 1968, Derek's teaching ministry had grown to fever pitch in the emerging Charismatic movement. He travelled extensively, preaching the Word with power and authority.
‍
On October 5th 1975, Lydia Prince passed away peacefully at the age of 85 surrounded by family. She is the author of Appointment in Jerusalem which was published shortly before her death the same year.

In 1978, Derek married his second wife, Ruth Baker, an American single mother of three adopted children. They met in Jerusalem while Derek was visiting Israel with friends.
‍
Together, a new phase of ministry emerged with the launch of a daily radio programme titled Today with Derek Prince. Originally broadcast on eight radio stations, audiences quickly grew and the ministry's legacy solidified. Today, these recordings have been distributed across the globe and are available in a wide variety of languages.
‍
Details of Derek and Ruth's love story is documented in the book God is a Matchmaker which they co-authored and published in 1986.
‍
Ruth passed away in Jerusalem on the 29th December 1998 following a relatively short illness that was never properly diagnosed. She was 68 and had ministered faithfully by Derek's side for over two decades.
‍
Overcome with grief, a well of bitterness began to rise in Derek's heart. Sensing an unclean force that would ultimately distance him from God, he made a public declaration at Ruth's funeral that would define his remaining years. As the casket was lowered, Derek thanked God for all He had done in Ruth's life, sincerely affirming his love and trust for his heavenly Father. Reflecting on that juncture, he later said:

“It was a significant moment in my life. I knew I could never go forward with the lament I felt over Ruth. I would always blame God, and the door of my life would have been shut. This was the only way I could continue.”

Derek Prince died of natural causes on the 24th September 2003, at the age of 88. He had suffered a prolonged period of declining health and passed away in his sleep at his home in Jerusalem.
‍
Buried at the Alliance Church International Cemetery in Jerusalem, Derek's tombstone reads:

In 1944, while stationed at a medical supply depot at Kiriat Motzkin, Israel, the Lord spoke to Derek clearly saying:

It seemed a world away from Derek's present station, but in time materialised just as God had promised in 1941:

To this day, the name Derek Prince remains synonymous with sound theology and the clear yet systematic teaching of God's Word. His steadfast faith and devotion to studying the scriptures turned him into one of the most respected and admired Bible teachers of his time.
‍
Derek is the author of over 100 books and an invaluable trove of articles, letters, audio and visual recordings that immortalise his life's work and passion. Translated into more than 100 languages, they remain a source of inspiration and study for millions of Christians around the world.

A year before Derek's death in 2003, a journalist for The Jerusalem Post asked him what was the greatest need for the Church today. "Bible teachers," Derek replied, "serious Bible teachers." Recalling the conversation, the journalist wrote in 2006, "Indeed, there have been few like him."

In May 1971, Derek officially opened an office in Fort Lauderdale, Florida, to publish and distribute his teachings. Originally known as Derek Prince Publications, operations gradually expanded, and in December 1990 was renamed Derek Prince Ministries.

Today, Derek Prince Ministries has offices in over 45 countries across the world, including Australia, Canada, China, France, Germany, the Netherlands, New Zealand, Norway, Russia, South Africa, Switzerland, the United Kingdom and the United States. It remains steadfastly committed to resourcing the spiritually hungry, and in doing so, upholding the vision Derek shared in July 2002:

“It is my desire, and I believe the Lord’s desire, that this ministry continue the work, which God has begun through me over sixty years ago, until Jesus returns.” 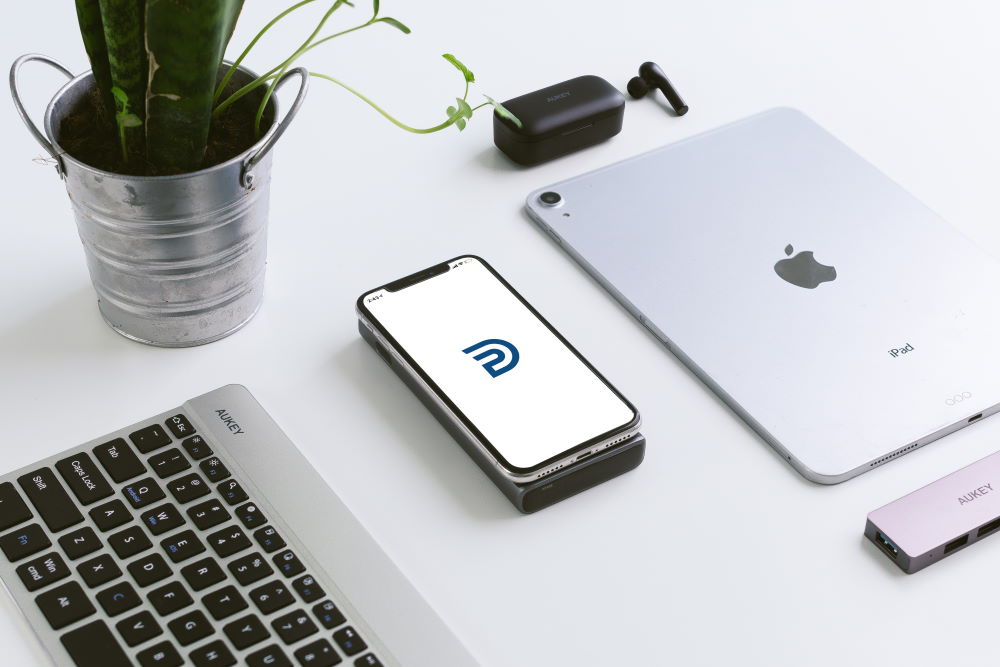 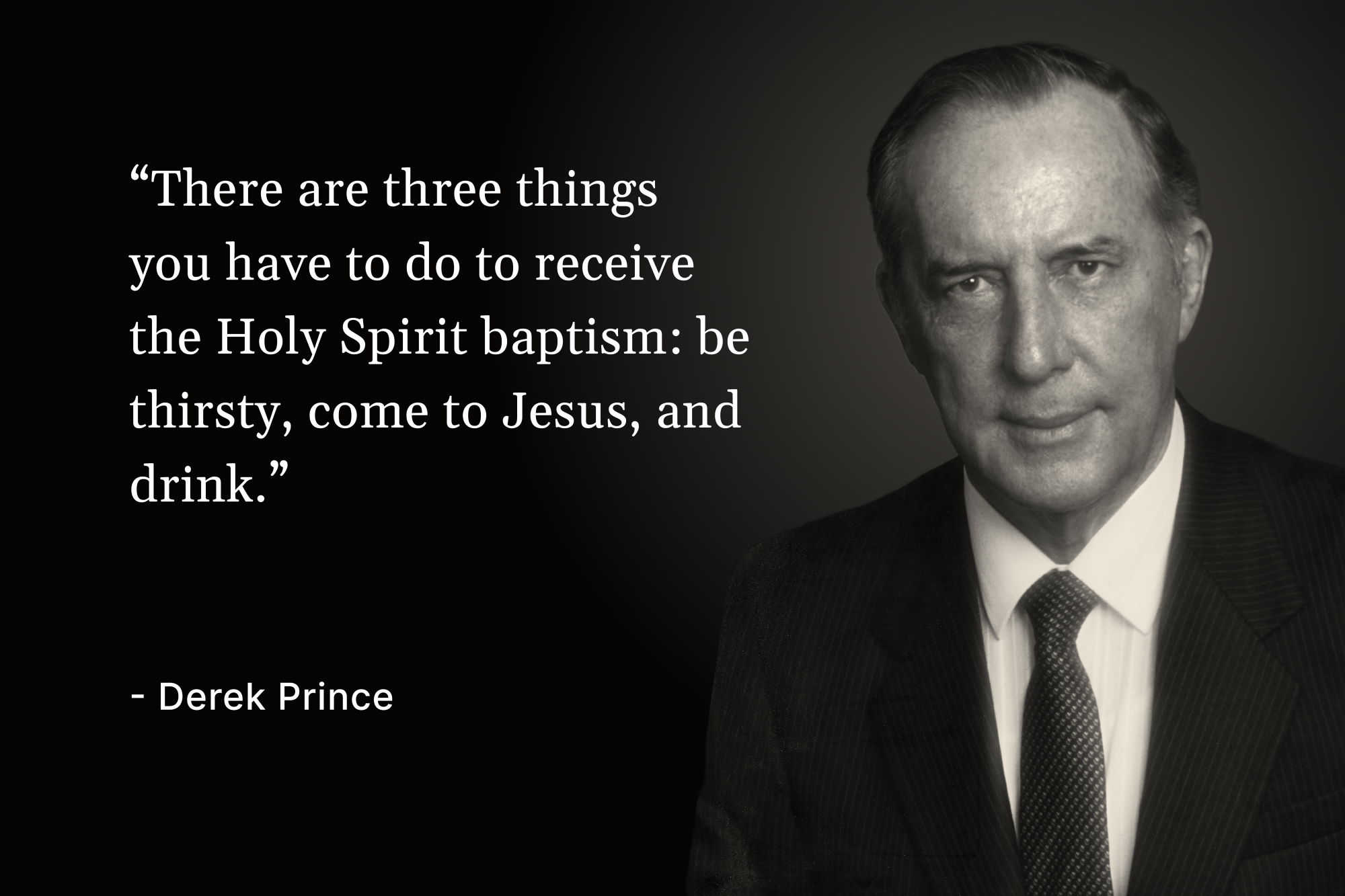 A collection of powerful quotes by Derek Prince to strengthen and inspire your faith. 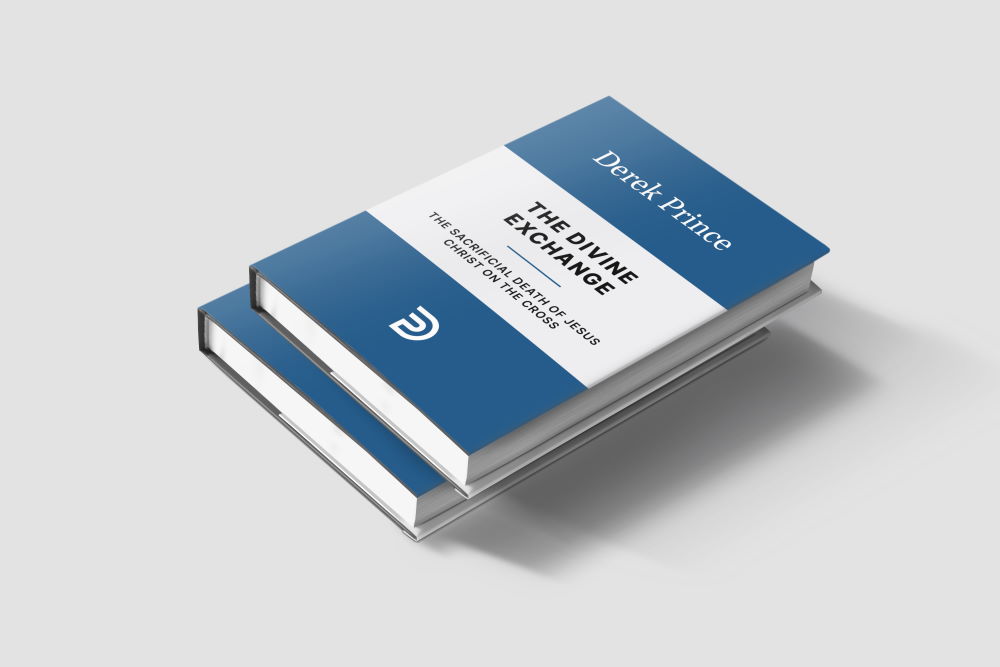 The complete collection of Derek Prince books listed in order of original publication.

“God does not look for success as the world understands it. He looks for faithfulness. ‘Who is that faithful servant?’ Success is accomplishing faithfully the task allotted to you by the Lord.”